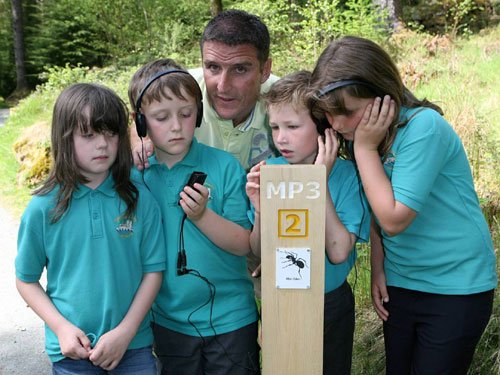 Since the 1990s, Coed Y Brenin has become a mecca for mountain bikers from across the country and beyond. But these are not the only ‘cycles’ to be found within the forest.

Join the ‘Birdman’ Iolo Williams – one of Wales’ most renowned nature and wildlife presenters – as he unveils the life cycles and strange habits of some of the Kings Forests more intriguing inhabitants, in the Afon Eden Trail.

If industrial archaeology is your thing then there is plenty here for you too. Take a visit to the Glasdir Copper Mine or search for gold at Tyddyn Gwladus. Do you like tall trees? Then make your way to Ty’n Y Groes and take a tour with Forester Aled Thomas and hear about some rather crazy foresters.

The four fascinating bilingual audio guides, produced by Audio Trails, can be downloaded from the Forestry Commission Wales website in both English and Welsh versions. 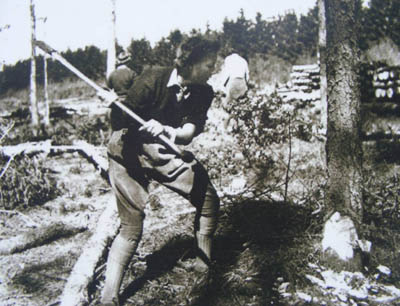 We also created a fifth audio trail, just a few miles outside Coed Y Brenin, which recounts the exploits of the Women’s Land Army during the Second World War.

The fictional story is based on a collection of anecdotes and vividly describes the work of the “Timber Jills” who laboured for long hours every day in the forest while the men were away fighting.

The Timber Jills audio trail starts from the FC Wales picnic site in Tan-y-Coed just off the A487 between Machynlleth and Dolgellau and meanders for two miles along traditional unsurfaced footpaths through mixed woodland, taking in a steep gorge with a stunning waterfall.