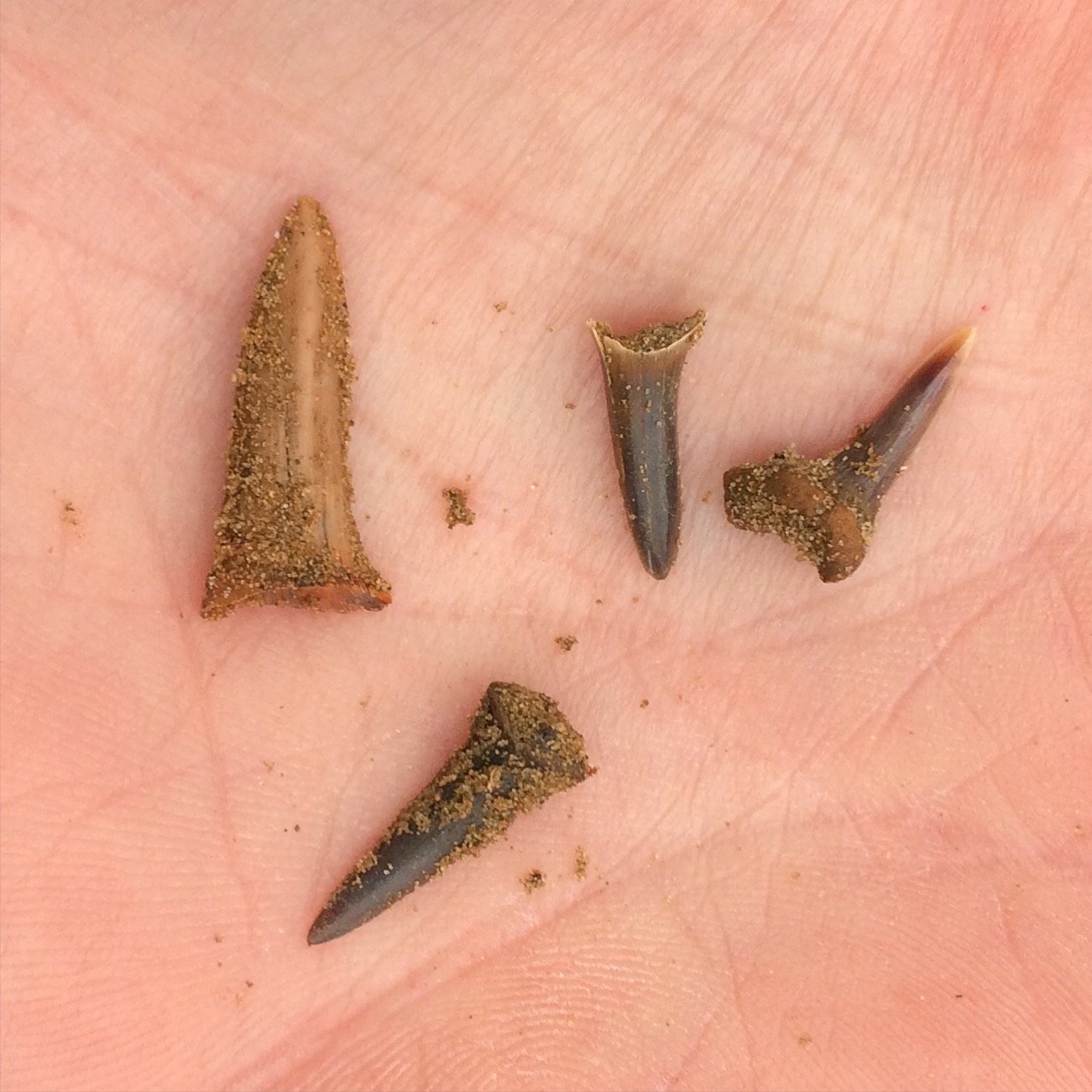 During two 2-day visits this year I’ve had the opportunity to explore some of south east London’s geological wonders. Do you know where in the city to find 55 million year old sharks teeth, and 6000 year old forests?

The answers are revealed in twelve geological time trails, available to download from the Green Chain website. Here’s a little more of what you can expect:

Geology can be a tricky subject to understand, but its influence on the land above is astounding. It is London’s strata that determined underground train lines could only be dug on the north of the Thames and not on the south side. For the experts that undertake this kind of engineering project you may find them at Gilbert’s Pit. This is a rare chance to see all of London’s geological strata and understand what problems the different layers may pose during construction.

If you want to examine older rocks then Crystal Palace Park’s dinosaur ‘theme park’ should be visited. Did you know that these ‘terrible lizards’ stand on rock layers linked with their age?  These ‘Geological Illustrations’ were a very important educational aspect of the whole 1851 project.

Did you also know that Charlton Athletic’s football stadium is built in a former chalk quarry, that most of London’s buildings were built using hand-made bricks, or that the water filtered through Sydenham Wells underlying rocks helped to cleanse a king’s bowel? And if you follow in the footsteps of 15,000 people during World War Two you can explore an underground village that protected Londoners from the the blitz. There is also the chance to Walk the Dog, or at least learn about this erratic at Dulwich Picture Gallery.

The time trails consist of just three audio tracks each. A short introductory piece begins at the railway station nearest the main site of geological interest. The intermediate audio provides information of small points of note along the way, plus any directions and the final audio track. The longest piece provides an insightful interpretation of the main point of interest. At only one or two miles long the trails are suitable for most people, and introduce locals and visitors alike to the fascinating story beneath our feet.

We worked with Dan on developing a geological trail for the Green Chain, having previously worked with Audio Trails on  Heritage walks. Dan has a great ability to translate information in a way that brings things to life, and this is what he has done for our geology trails. I would heartily recommend Audio Trails to anyone who was considering site interpretation in this way.

You can also download and enjoy the Heritage audio walks we developed for the Green Chain a few years ago.