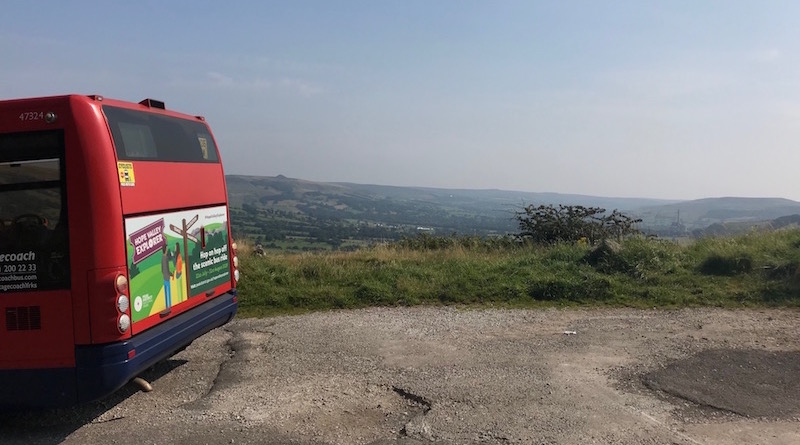 Sit back, enjoy the scenery and listen to tales of the Peak District on the Hope Valley Explorer – the National Park’s first ever audio commentary bus tours.

Having seen how successful the New Forest Bus Tours have been, the Peak District National Park Authority were keen to replicate the idea in Derbyshire. The buses provide fascinating audio commentary about the history and wildlife in the Hope, Edale and Upper Derwent Valleys.

When the Peak District National Park Authority tested the market for a new seasonal visitor bus tour, called the Hope Valley Explorer, we had a big response in favour of including an on board audio commentary. We searched for companies that would be able to provide the quality and expertise to convey National Park messages. That is when Audio Trails came to our attention. We were highly impressed by their previous work and upon meeting with the owner, Dan Boys, even more impressed by his depth of knowledge. What’s more Audio Trails were competitively priced.

With only weeks to go before the start of the Hope Valley Explorer, Dan worked with us to put together an impressive script and recording. Dan certainly went the extra mile to make it happen and in no time we had a working product. On the first day of operation of the Hope Valley Explorer the audio app performed perfectly. The information delivered by a crisp and clear voice is wonderful and has been particularly praised in passenger feedback. I’m very pleased that we chose AT Creative, the audio commentary is a big success.

Audio Trails provided the complete package: content planning, script writing, voice over, audio production and app development. Dan has an intimate knowledge of the stories that abound along the route of the Hope Valley Explorer route and the audio presents an engaging insight into the history and wildlife of the area.

I have just had a couple in who have been using the Hope Valley Explorer. They were very impressed, especially with the commentary which they gave 10 out of 10 for.

The gentleman said he likes to pick holes in things but couldn’t with the commentary on the bus and whoever had done it certainly knew their stuff!

This iOS app isn’t available to publicly download. You’ll need to jump on a tour running through the school summer holidays to listen to it in action.

How it works: Our commitment to you
Case study: New Forest bus audio tours