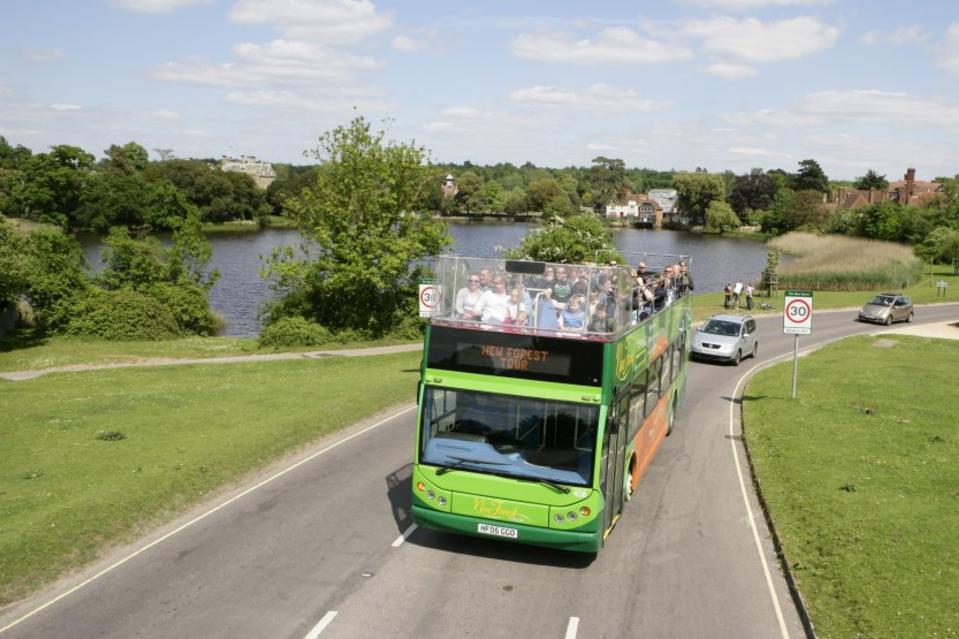 Special audio commentaries tell the stories of the people and places of the New Forest – with characters, sounds and music bringing the view to life. The audio tours offer a bird’s eye view of the landscape and a better chance of spotting the beautiful animals of the New Forest – including deer and rare birds, pigs and donkeys, and of course the famous ponies.

There are three New Forest Bus Tours to choose from (with separate commentaries). They run daily from June to September each year.

In 2015, we were asked to supply a robust commentary solution after systems from other suppliers had failed to deliver in previous years. Our GPS triggered Audio Tour Guide app plays over the in-built entertainment system on National Parks Authority buses. It has proven to be an unparalleled success.

We’ve been running audio commentaries on the New Forest Tour for a number of years now. During this time, we have used several different audio systems in an attempt to deliver the best possible visitor experience – but have struggled to find an app that was stable, reliable and easy to use. We used AT Creative for the first time during the 2015 Tour season and were really impressed with Dan and the team’s help in getting everything up and running and enjoyed a trouble-free Tour season for the first time since we introduced GPS commentary to the Tour. We would not hesitate to use Dan and the team again in the future.

The app isn’t available for public download. You’ll need to head to the New Forest and pay for a ride to hear the audio commentary! Each year we update the three tours to keep them fresh and better than the year before.

Get in touch: contact us to discuss your project